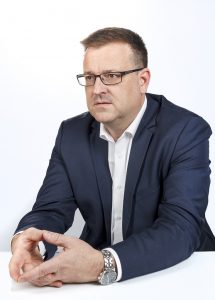 Data exchange for Digital Government: Where are we heading?

Abstract: In all countries, we currently see major efforts in digital transformation initiatives. The United Nations e-Government Survey 2020 puts a strong emphasis on data, which makes sense, given the huge progress in big data and data science in the last decade. The UN survey distinguishes between data-informed, data-driven and data-centric approaches to digital government. Actually, Gartner defined the notion of data-centric government already in 2014. Still, today, we are far away from such data-centric government. How comes? How to shape the next generation of e-government technologies? In service of such and similar questions, we analyze a series of important data exchange technologies: the Estonian data exchange layer X-Road, the European federated data infrastructure GAIA-X, the European Blockchain Services Infrastructure (EBSI), and the IoT data management solution FIWARE.

Bio: Dirk Draheim is full professor of information systems and head of the Information System Group at Tallinn University of Technology. Dirk holds a Diploma in computer science from Technische Universität Berlin, a PhD from Freie Universität Berlin, and a habilitation from the University of Mannheim. From 2006-2008, he was area manager for database systems at the Software Competence Center Hagenberg, Austria. From 2008-2016 he was head of the data center of the University of Innsbruck and, in parallel, Adjunct Reader at the Faculty of Information Systems of the University of Mannheim. Dirk is co-author of the Springer book “Form-Oriented Analysis” and author of the Springer books “Business Process Technology”, “Semantics of the Probabilistic Typed Lambda Calculus” and “Generalized Jeffrey Conditionalization”. His research interest is the design and implementation of large-scale information systems. 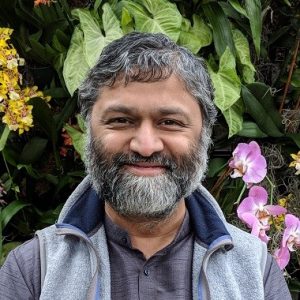 Towards High-Quality Big Data: A Focus on Time

Abstract: Data are being generated, collected, and analyzed today at an unprecedented scale, and data-driven decision making is sweeping through all aspects of society. As the use of big data has grown, so too have concerns that poor-quality data, prevalent in large data sets, can have serious adverse consequences on data-driven decision making. Responsible data science thus requires a recognition of the importance of veracity, the fourth “V” of big data. In this talk, we first present a vision of high-quality big data, with a focus on time, and highlight the substantial challenges that the first three V’s, volume, velocity, and variety, bring to dealing with veracity in long data. We present the FIT Family of adaptive, data-driven statistical tools that we have designed, developed, and deployed at AT&T for continuous data quality monitoring of a large and diverse collection of continuously evolving data. These tools monitor data movement to discover missing, partial, duplicated, and delayed data; identify changes in the content of spatiotemporal streams; and pinpoint anomaly hotspots based on persistence, pervasiveness, and priority. We conclude with lessons relevant to long data quality that are cause for optimism.

Bio: Divesh Srivastava is the Head of Database Research at AT&T. He is a Fellow of the Association for Computing Machinery (ACM), the Vice President of the VLDB Endowment, on the Board of Directors of the Computing Research Association (CRA), on the ACM Publications Board and an associate editor of the ACM Transactions on Data Science (TDS). He has served as the managing editor of the Proceedings of the VLDB Endowment (PVLDB), as associate editor of the ACM Transactions on Database Systems (TODS), and as associate Editor-in-Chief of the IEEE Transactions on Knowledge and Data Engineering (TKDE). He has presented keynote talks at several international conferences, and his research interests and publications span a variety of topics in data management. He received his Ph.D. from the University of Wisconsin, Madison, USA, and his Bachelor of Technology from the Indian Institute of Technology, Bombay, India.

A perspective on prescriptive and reinforcement learning

Abstract: Prescriptive Learning (PL) combines the decision-making framework from operations research with machine learning capabilities, to carry out prediction-driven decision making.  In various forms, reinforcement learning and control theory are manifestations of PL.  The ambit of PL is growing. After describing our work in air cargo and traffic signal optimization using PL, we will discuss possibilities of the use of PL in database management systems and information retrieval.

Bio: Sanjay Chawla is the research director of the artificial intelligence program at the Qatar Computing Research Institute (QCRI). His research is in data mining and machine learning with a specialization in Spatio-temporal data mining, outlier detection, class imbalanced classification, and adversarial learning. Prior to joining QCRI, Dr. Chawla was a Professor in the Faculty of Engineering and IT at the University of Sydney. From 2008-2011, he also served as the Head (Department Chair) of the School of Information Technologies. He was an academic visitor at Yahoo! Research in 2012. Dr. Chawla’s work has been recognized with several best paper awards, including in leading conferences such as SIAM International Conference in Data Mining (2006) and the IEEE International Conference in Data Mining (2010). He is a co-author on a popular text in spatial database management systems: “Spatial Databases: A Tour,” which has been translated into Chinese and Russian. He serves on the Editorial Boards of IEEE TKDE and DMKD Journal and served previously as PC Chair of PAKDD (2012).  He received his PhD from the University of Tennessee (USA) in 1995.